I’m just gonna put up a bunch of mixes now. More than 24 hours of music for you to enjoy and kick back to at home.

It’s time for me to pull together another satisfying wrap up of sounds and atmospheres, rhythms, tones and trends from the last year of my music shopping and listening. I wouldn’t call it a best of list, moreso an evocation. When I first became enraptured with music, it was through 50’s and 60’s jazz, the avant 20th century composers, the dj ready dubbed out psychedelia, soundtrack styles, hip hop neck breakers, and futuro drum & bass breakbeat swirls which put the hope of sonic states to the reality of modern states. It was the energy and ambiguity that gave glimpse to the magical and mystical realms.

Touching upon club styles, but relying more on the slowly emerging. Trance through repetition, texture and space. I suppose some might call this experimental or head music. Maybe my neurons are firing a little more often these days. One of the things about music I love is a sound’s ability to transport us to fictional spaces, imaginative landscapes. Sonically to travel time and space in an instant and for sustained periods. The music herein evokes this sensation and touches down for a couple vocal points of reference that man or machine, we are living in the same dream. Different states of play, sleep, pain and desire. Points of view, assumed or real.

No matter what, I always look forward to my monthly gigs at Mua Restaurant & Bar in Oakland, California. I’ve been a part of the place since before it opened and had the pleasures and frustrations of building some of the various incarnations of DJed music there. What’s always been awesome is that a restaurant (in an old car rim & wheel warehouse) has given local DJs a place to play, and as I see it, a space for eclecticism without the pressures of crowd or scene.

A quick list of notes from the last 7 years at Mua when it opened in October of 2008. It started with 2 Technic 1200’s and a crappy 2 channel Stanton mixer which was already used up and having issues. DJs were friends or acquaintances of the owner (that’s how I got my opportunity) playing an eclectic mix of rock-dance (think DFA and early Mad Decent), 80’s, indie tunes, UK styled dubstep, old school hip hop and disco funk on Friday and Saturday nights. Many patrons came in the early days looking at the large space with hopes and dreams of it being a club for their parties. My late night mixes of DMZ and Hyperdub influenced dubstep didn’t fit into their expectations. My expectations were off in a different space as well. Compromise was bound to come, after all most people dining were enjoying the food, atmosphere and music.

After a few months and some pleading, the mixer got upgraded to the Rane TTm-57 and opened up the door for the serato DJs. I still kept about 4 shelves of records in the booth for courteous DJs to use should their computer fail for whatever reasons. We began to have open auditions on Mondays for DJs who wanted to play. I got to meet a lot of great local DJs and also have my horizons expanded. With a very limited budget, I decided on 2 or 3 criteria as far as booking went. Be passionate about a wide variety of music, humble to spin the music, and be able to select interesting and energy appropriate for the day of week or time of night. I’m still amazed by some of the DJs I was able to meet and have play at Mua. I’m blessed to have met and worked with all of you.

In a short period we had DJs 6 nights a week playing a mix of great music past and present to the dining room and the late night bar crowd. 2009 was just a fun year, as Mua settled into what it would become, an Oakland destination for food, friends, first-dates, large parties, birthdays, parents with kids, singles and single parents with no kids, young and old, the sexy, the shy, the grungy and the fly. A place where you could see everyone, but was never really a place to be seen.

We did have a packed club dance floor for a summer in 2010, which was a bummer for the people who came to eat late at night, but a boom for the bar. We had Go-go dancers for a weekend, which was neither here nor there. Some live painting. Ever changing art on the walls. A moving DJ booth, which now sits atop the mezzanine overlooking the main dining space. There were some very fun costume contests on Halloween. Plenty of Bay Area sports stars dropping in for dining. Plenty of Bay Area music legends doing the same. Local and state politicos in to eat and mingle.

Thankfully I stopped overseeing the nightlife a few years ago, and now just get to play music I’m excited to hear and play an atmosphere to the dining room. The open format and anything goes nature of Mua’s first two years has settled way down, and now it just goes and I’d like to think people know mostly what to expect when they enter through the outside garden and drawn steel door to the narrow bar adorned with LED lights and gleaming bottles of liquor to the wide open dining space.

Below is my set from last weekend. And if you scroll through some archives on this blog you can find a few other sets from Mua.

An hour of selections ambient, synthetic, warm, gauzy and hazy, alien and foreign, swinging hats and loping kicks, nothing too far below the medula. The music floats along to a summer’s day or evening with minor shifts in tone. The artists are some of my favorites from the last year. It’s an hour long. Download or stream it. Please leave a comment below. 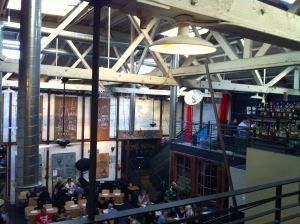 Downtempo wholesome goodness. The first half of the mix is from vinyl before transitioning to mp3s. I get to flex my hipster and hepcat at the same time a couple times a month. I love the freedom of playing music for a dining crowd in a 3 story high auto warehouse. Light crashing through the sunlights and voices, glasses and hustling servers mixing into the ambient noise. Practicing the art of unlikely combinations by letting things happen together and observing. Sufficiently gentle on the ears and head sometimes. Sometimes.

It’s been over a year since I’ve done anything on here. I think possibly because I have less to write about the music than I have music I’d like to share. That said here are a couple mixes. The first is a compilation of two compilations. Titillating and stimulating electronic, groove, soundtrack and jazz oddities that put a smile on my swagger and chicken in my schwarma. Part one from a Trunk records compilation entitled “Funny Old Shit – Volume 1” which was a mere 2 pounds online. Part two of the mix are songs from “Dummy 21st Century Pop Music” on the Dummy label and surveys, as the title implies, contemporary slightly odd, sounds in music.

This second mix is a awash of drums, synthesizers, world and urban electronic sounds. Bang bang energy and seductive gyrations. 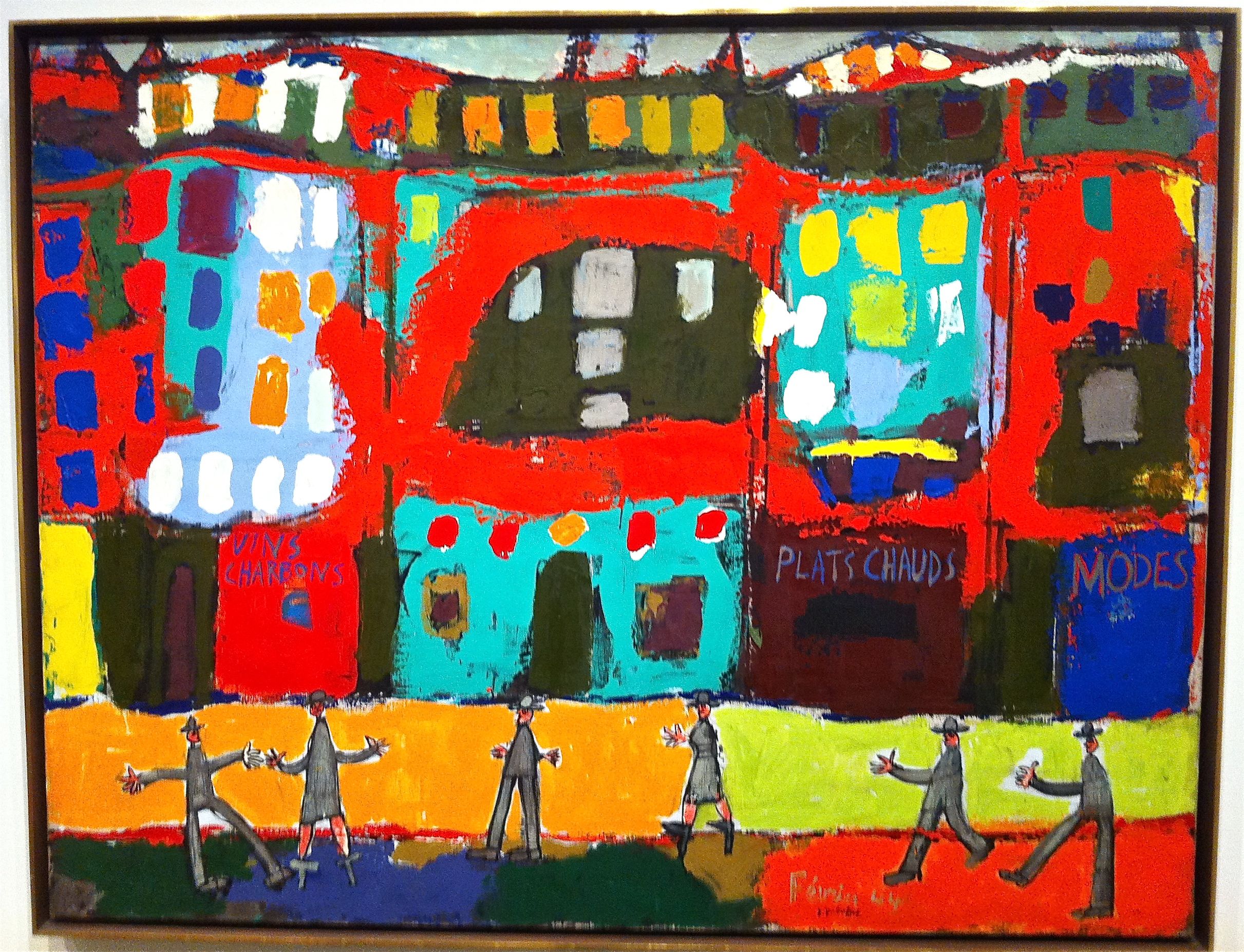 Kicking off this month’s mix is Clams Casino. Already a highly sought after producer in the southern rap scene (Soulja Boy, Lil B), his new EP finds him exploring the hazy beatscapes with twisted samples and analog synth textures in line with the finest post Dilla beatsmiths. Lukid, Onra, Oddisee and of course Dilla all keep a solid bump with soulful undercurrents. L.A. darling and artist of the moment, Flying Lotus exhibits one of the various directions producers aligned with instrumentalists can take post hip hop jazz. Drop in NYC underground artists Breez Evahflowin and a smart cut from The Roots latest album, before getting into the 70’s jazz groove which is always a source of inspiration for this DJ. Sunshine grooves for cooling down. The follow through for the mix keeps the vibe expanding and the groove on point. Pour yourself an Arnold Palmer.